A tractor factory, in Crystal Palace? Seriously? Well, not exactly, but believe it or not, until quite recently, No.69 Church Road was the location of a company which bought and sold farm machinery. I always wondered what the story behind this was, as it just seemed so improbable. Apparently they used to buy up old tractors and recondition them, for sale to farmers in developing countries. And it wasn't the only unusual shop in the area. As someone reminded me, there's somewhere else along Church Road selling old shop tills, and does anyone have any idea what exactly Dohm Industries on Gipsy Hill makes or sells? Something to do with scientific instruments I believe.
Anyway, since 2013, the former tractor shop has been home to Jake Dunn Designs. You can't fail to have noticed the colourful window displays, which currently feature, three oversized, spray painted skulls, and a couple of chickens. So although Jake is predominantly a carpenter and furniture maker, it comes as no surprise that among other things, he used to design and builds sets, for stage and traveling trade fairs. Originally from the beautiful Antrim coast in Northern Ireland, Jake spent many years working in California, before landing in Southeast London nearly a decade ago. Beyond the random skulls, chickens, an old Sinclair C5, and a pair of slot machines, the space displays Jake's colourful furniture designs, from stools, side tables and coat racks, right up to built in shelving, cupboards, and a DJ station. The shop is the outward manifestation of Jake's creative mind, brimming with ideas and inspiration, mixing his own creations with stuff he picks up here and there. Just talking to him, you get a sense of someone with boundless energy and enthusiasm for what he does, and someone contented with life above the shop, on the edge of the Triangle, with his workshop out the back and its views across Kent. Having said that however, as we are talking, I become aware of one fly in the ointment. Jake is understandably concerned by the huge trucks which squeeze along this narrow stretch of the Triangle. In the past, he has tried to take matters into his own hands, putting up a 20mph speed limit sign outside the building, but naturally the authorities took a dim view. But it seems that it may not be a truck that takes out this corner, but rather, yet another new development of flats. I feel sure however, that should that happen, Jake will quickly find a new outlet for his creativity. 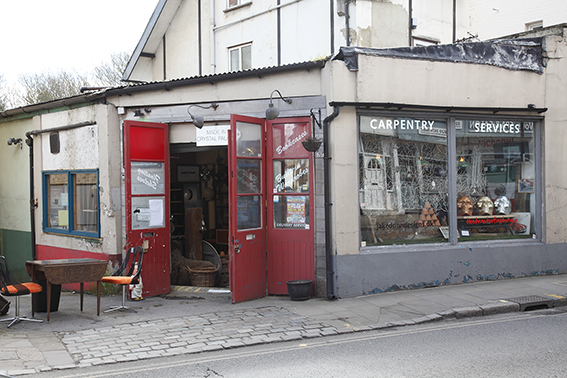 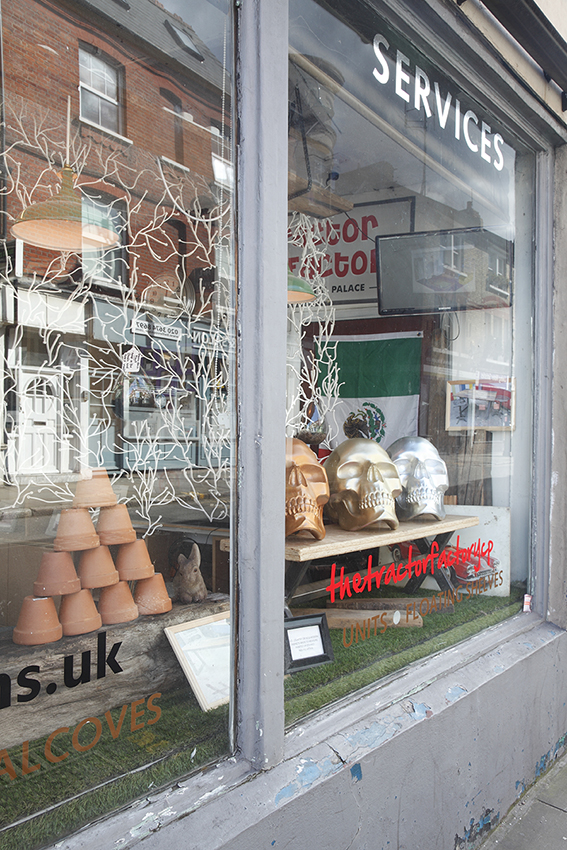 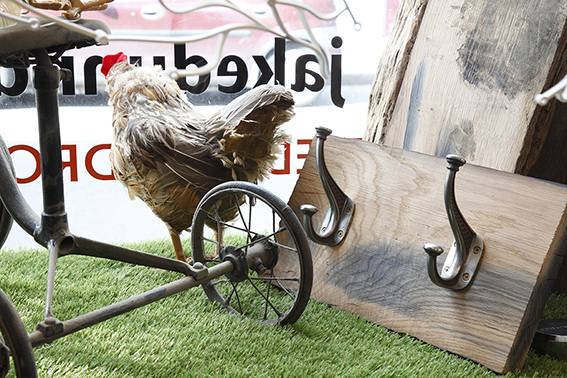 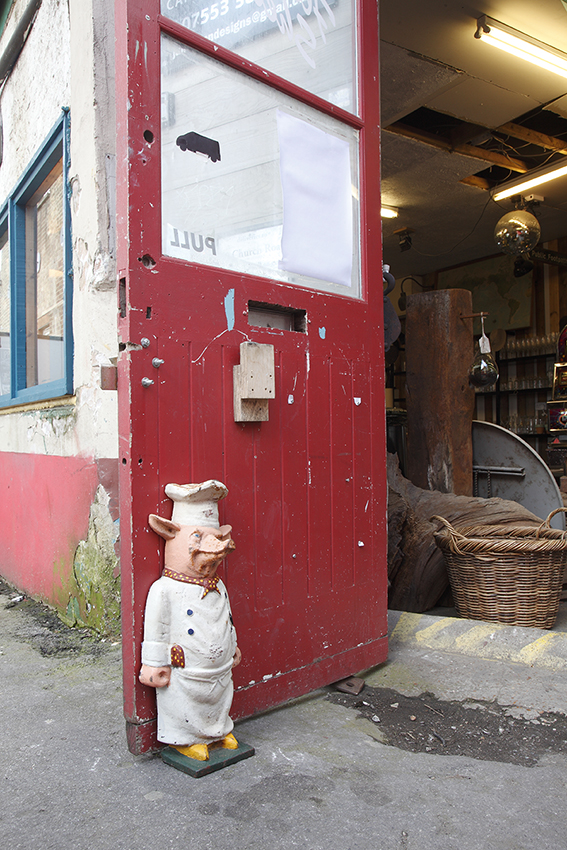 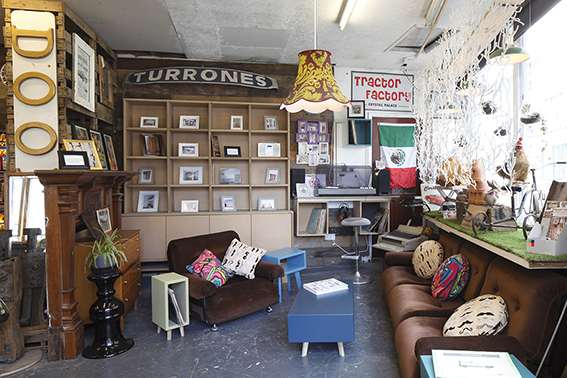 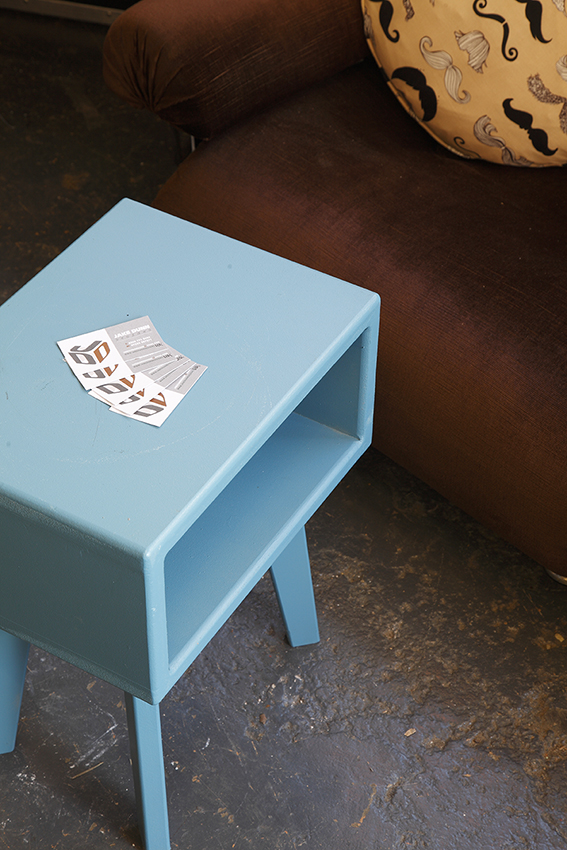 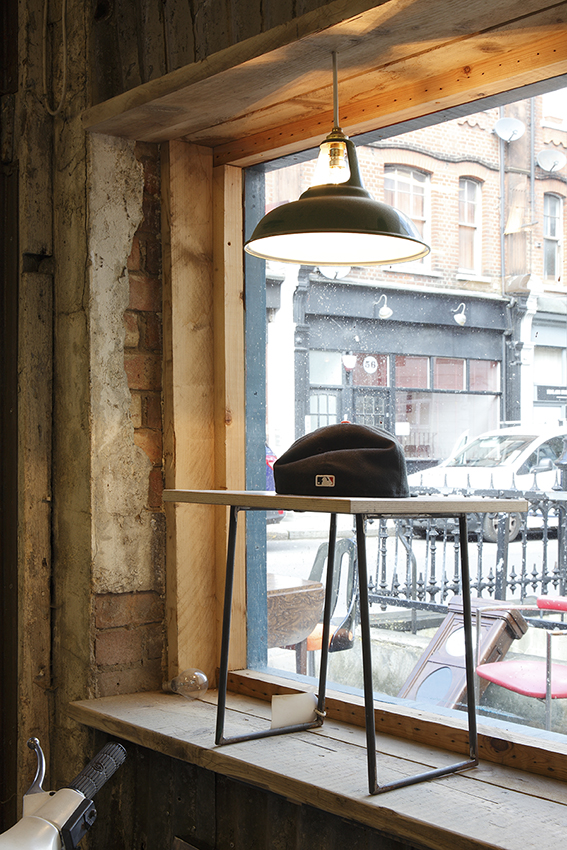 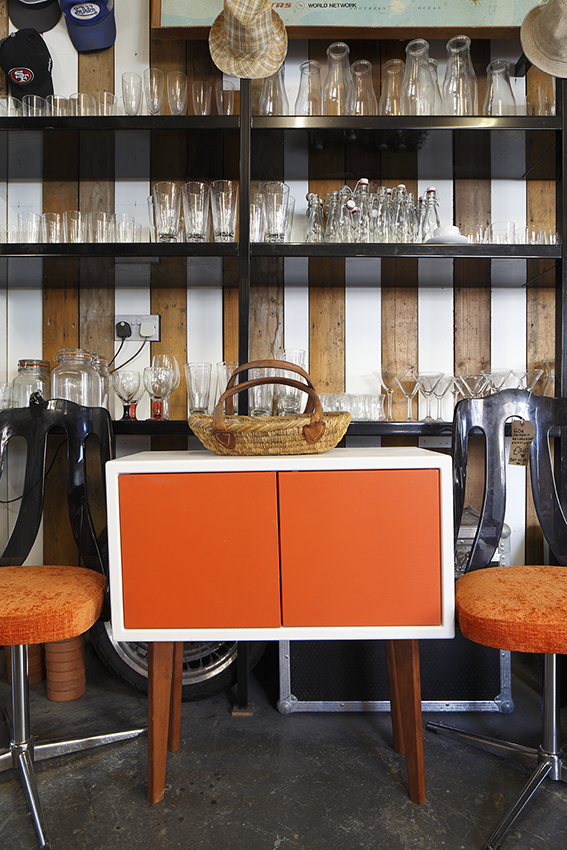 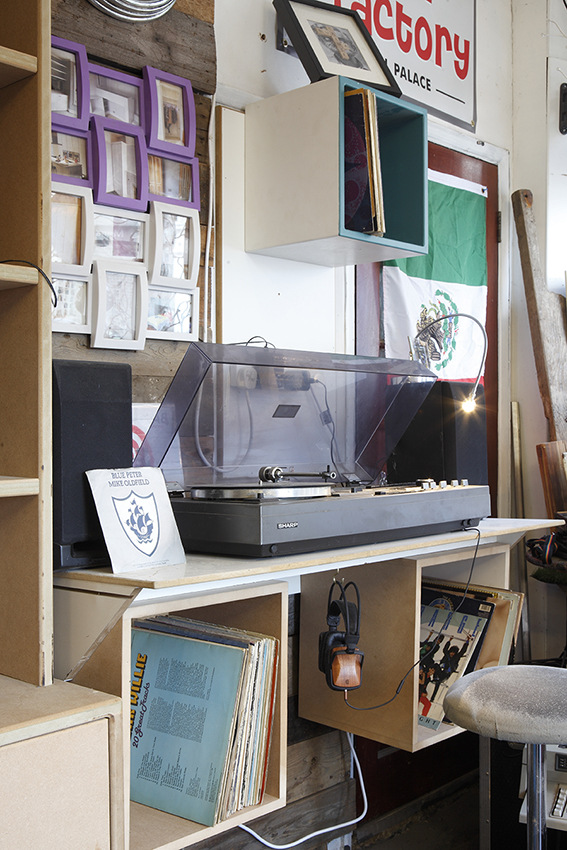 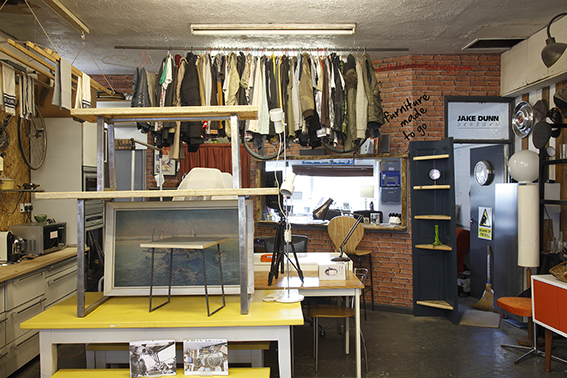 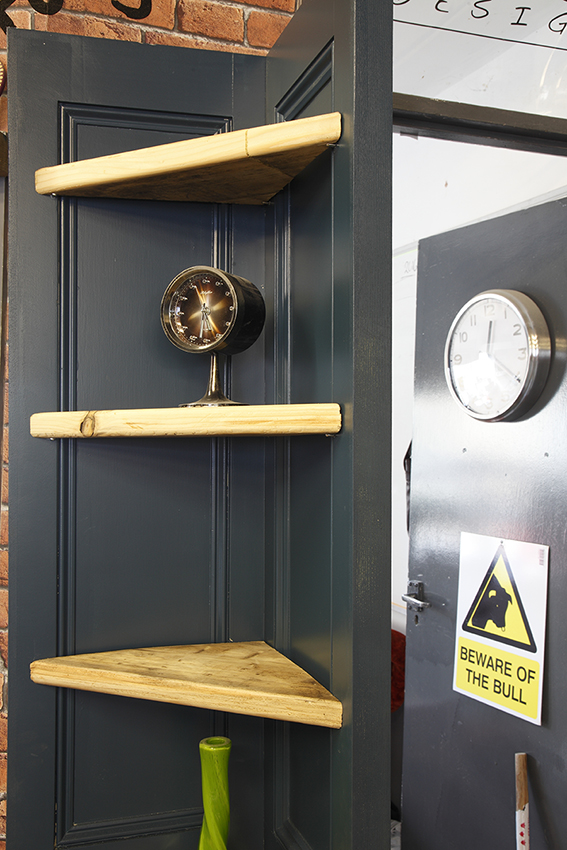 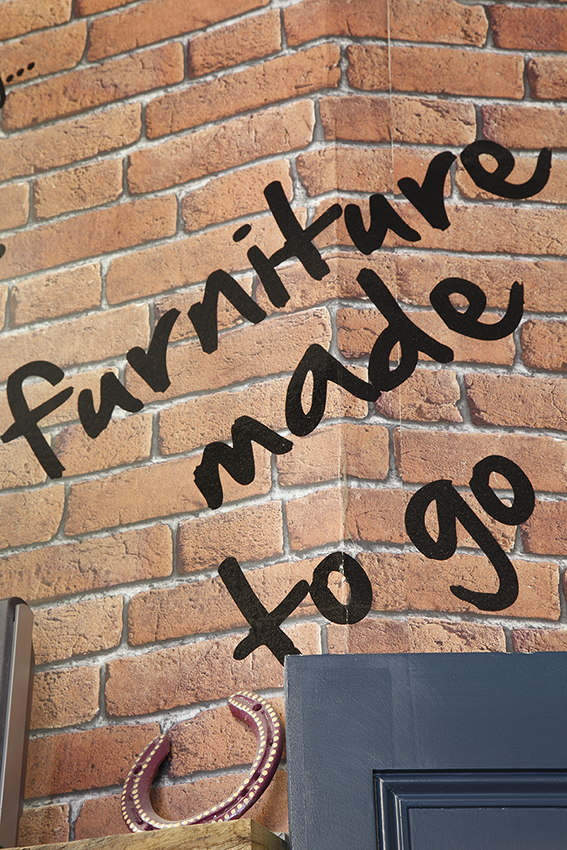 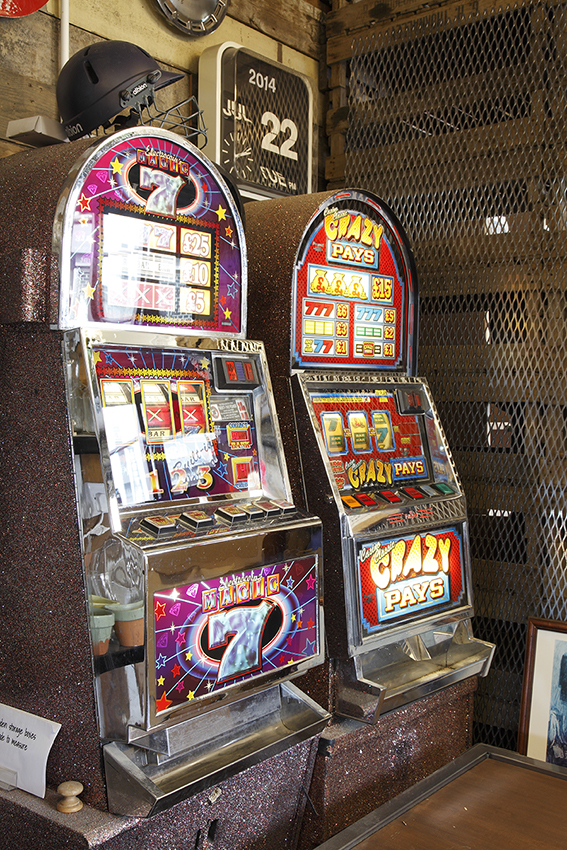 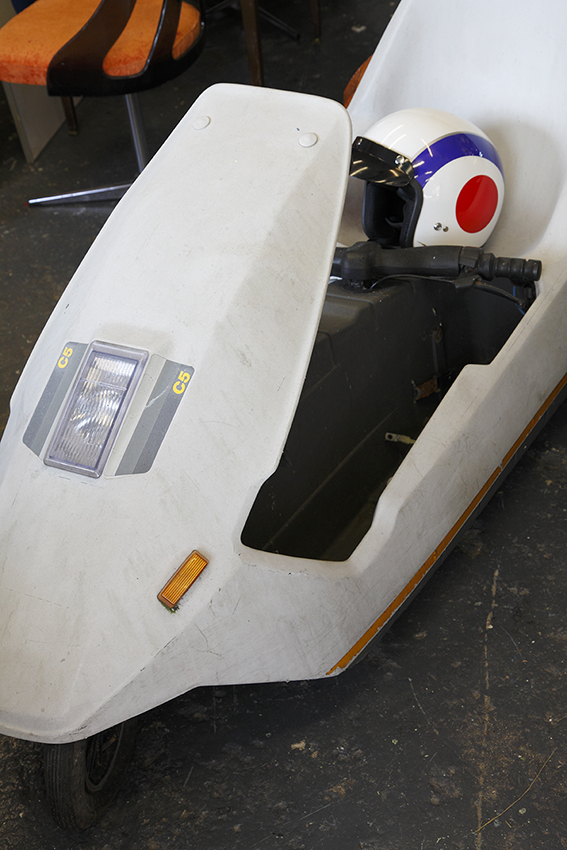 Impressed with Jake's work, I commissioned him recently to make a radiator cover for the hall in my flat. I was really pleased with the result. As well as hiding a fairly unsightly storage heater, it also provided much needed storage for shoes. 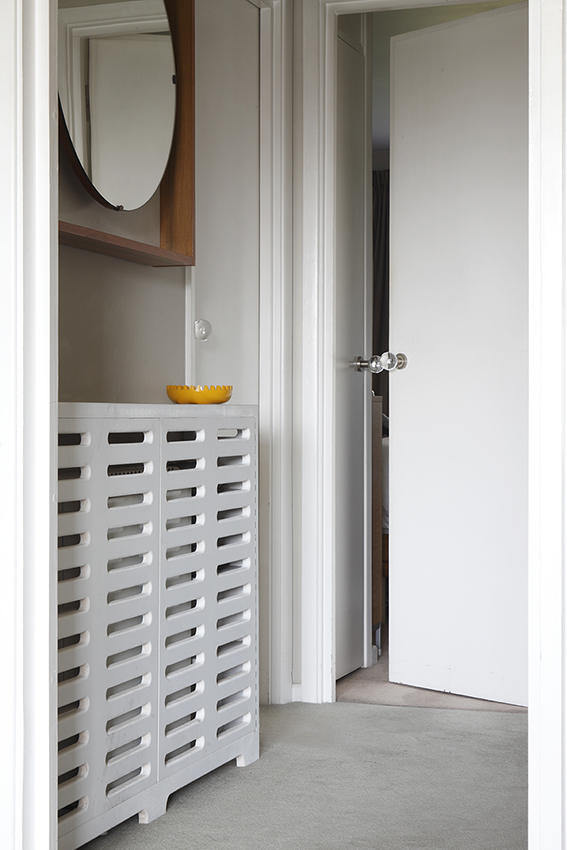 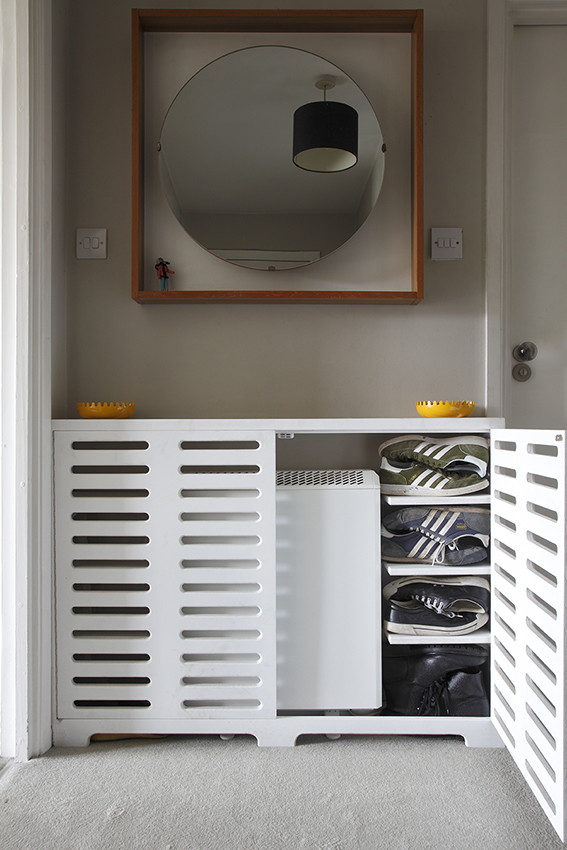 Posted by James Balston at 11:24 No comments: