You may have noticed the curtain hanging in the doorway to No.60 Church Road, with the classic Japanese image of a rolling wave. This is the unusual entrance to Shou Fang's little boutique. 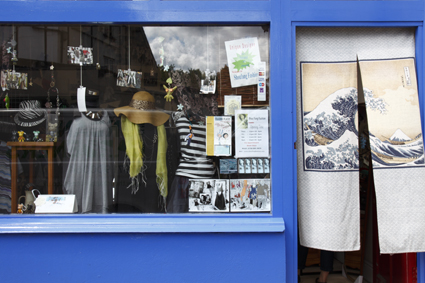 Shou actually comes from Taiwan, but sells a range of clothing and accessories made by designers in several far eastern countries. The shop's 'u.s.p.' is just that; everything on offer is unique, a one-off. Shou often wears items by these same designers, which can be an issue when customers ask her for the one she has on. Particularly eye catching are the colourful patterned items in a little suitcase, which I took to be scarves, but are in fact leggings. Available in every print imaginable. 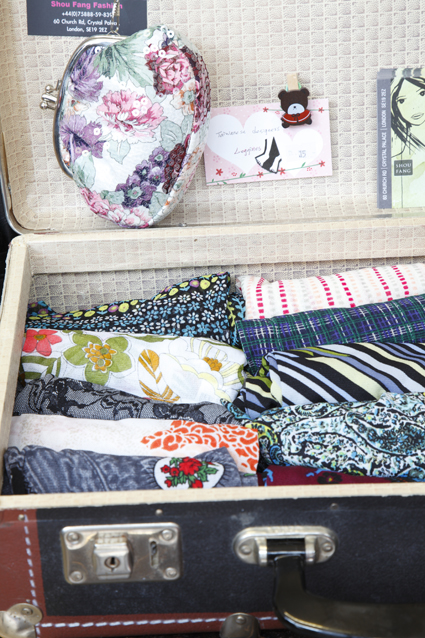 The shop's real charm is in the way it's owner has personalised the space and given it an identity. From her collection of Japanese toy characters to the mood boards that form a backdrop to the shop. 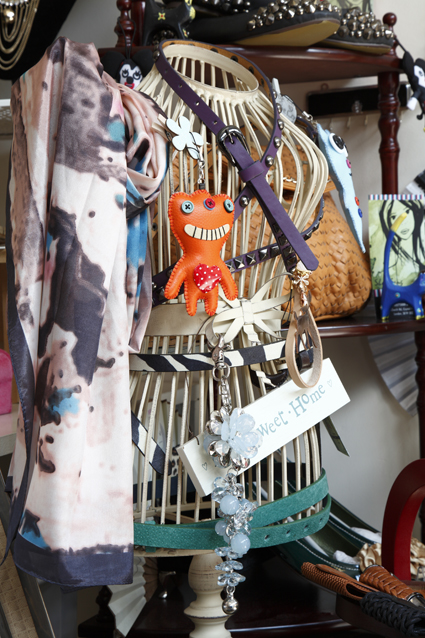 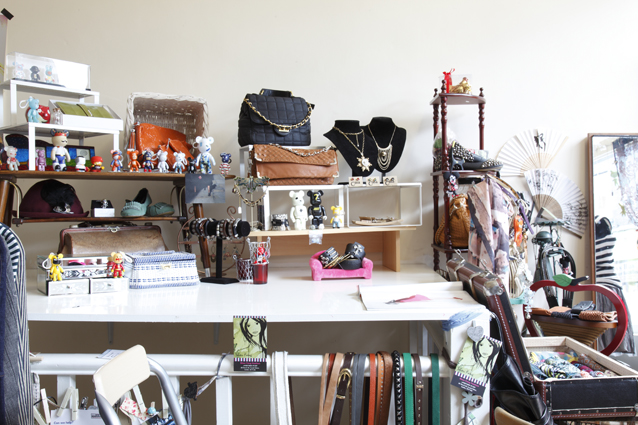 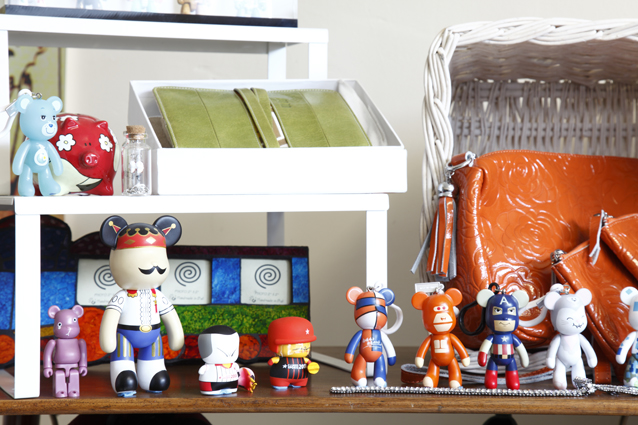 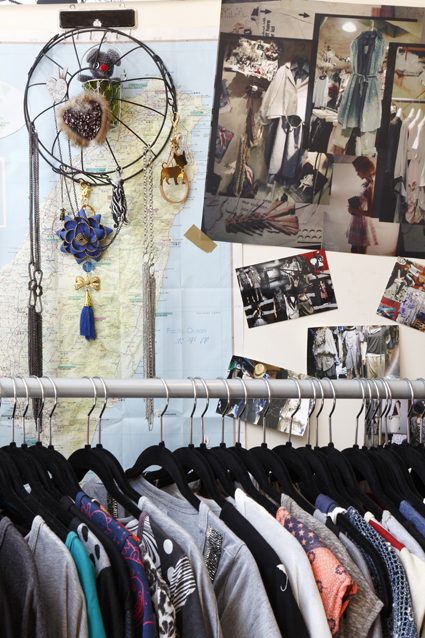 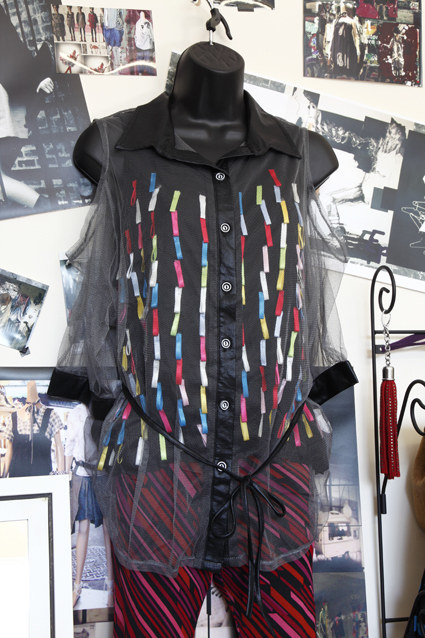 Shou's own background is as colourful as the merchandise. Growing up in rural Taiwan, she had to work for many years to pay her way through college, where she studied Interior Design and Surveying. Among her many jobs, she worked in a computer factory, in a call centre, as a legal secretary, and even in a bowling hall. So coming to London and opening a fashion shop held no fear for her. She mentioned that she has plans to open her own restaurant. I don't think she was joking. She clearly has as much energy as that great Japanese wave. 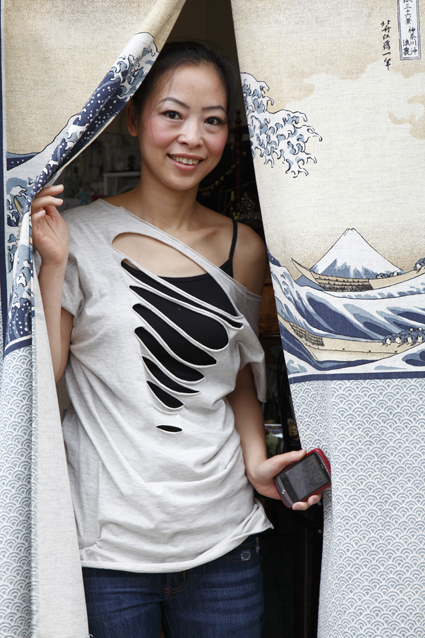 We all love a good moan about health and safety rules and regulations, but occasionally there is a positive aspect to them. All the chairs and sofas in Belle Coco have had to be re-upholstered to meet current requirements, as back in the 60s & 70s when they were made, they were routinely stuffed with highly flammable and toxic foam. Re-covered in period textiles, they should last until they are antique rather than merely retro. Such is the demand, that shop owners, Helen & Ains have had to take on an upholsterer, and open a workshop space across the road for all their restoration work. It's well earned success for a couple who have worked long and hard in the industry. Years spent buying and selling at the big markets such as Ardingly, Newark & Swinderby were good grounding, but eventually took their toll. Helen recounts how after one particular sub-zero night spent in a camper van, they decided it was time to stop the itinerant lifestyle, and set up shop. After stints on Anerley Road and subsequently, Haynes Lane, the couple opened at 40 Church Road about 18 months ago. 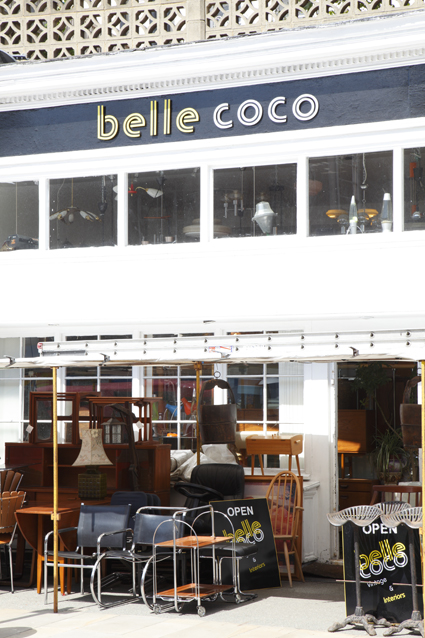 Strangely, for Ains it wasn't the first time running a business from that address. In one of his many previous careers, he ran a computer training business from the very same shop. Other career highlights include being Eric & Julia Morley's official photographer in the days they were running Miss World, and  working behind the scenes in film and TV, as cameraman, news editor and special effects maker for Top of the Pops. Meanwhile Helen worked in equally wide-ranging industries from graphic design to hairdressing. 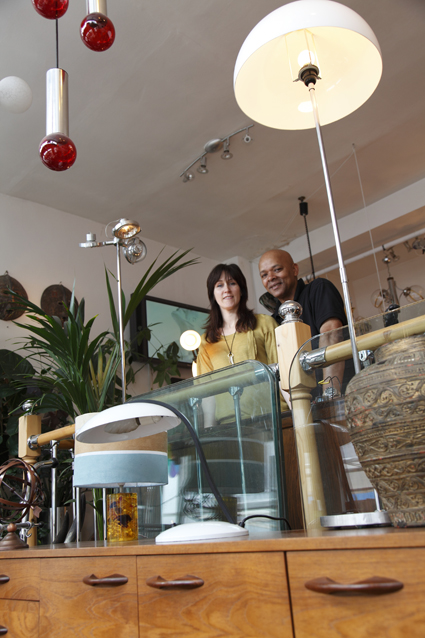 While I was in the shop taking these pictures, I was reflecting on how design from that era is rather like marmite. You either love it or loathe it, with very little in between. I know, for example that my aunt, and many of her generation absolutely detest it, having lived with it all the first time round. My ageist assumptions were however knocked firmly on the head, when a stylish elderly woman came into the shop and promptly bought a space-age spherical TV.
Whatever your views, I defy anyone to walk into the shop and not break into a smile, whether from some memory triggered by eccentric light fittings, or the sound of the R Whites lemonade TV commercial playing in the background. 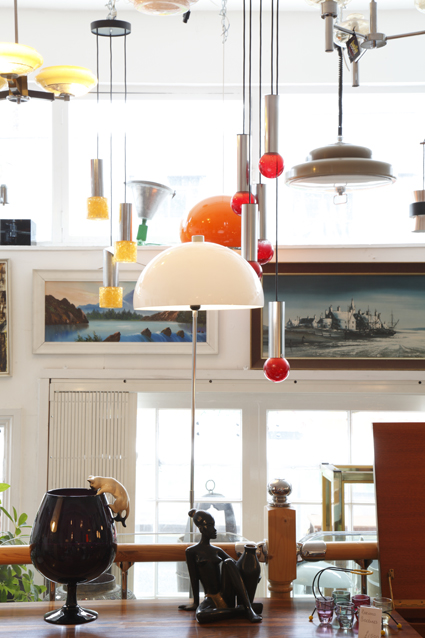 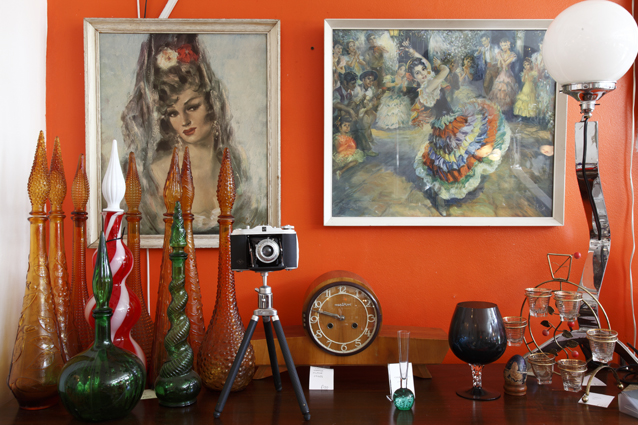 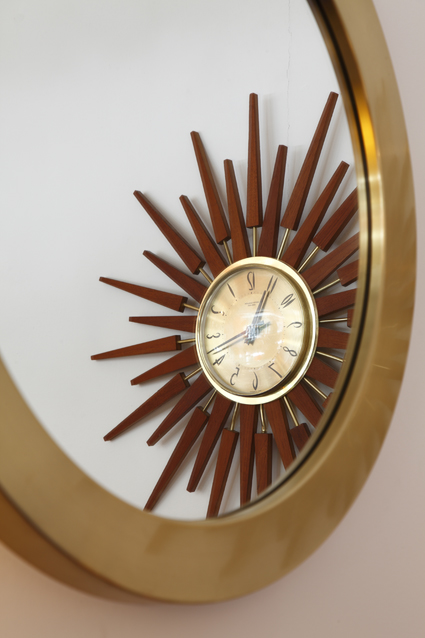 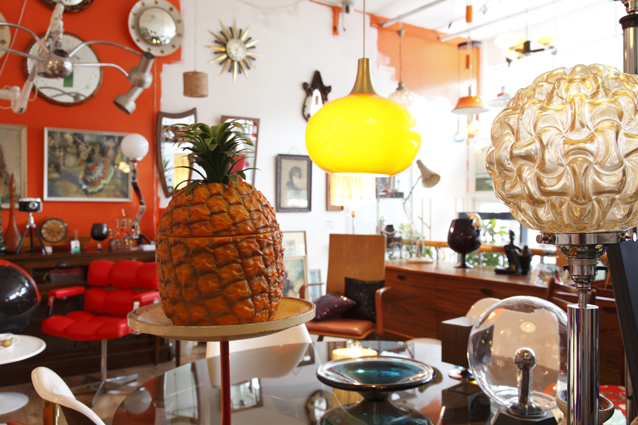 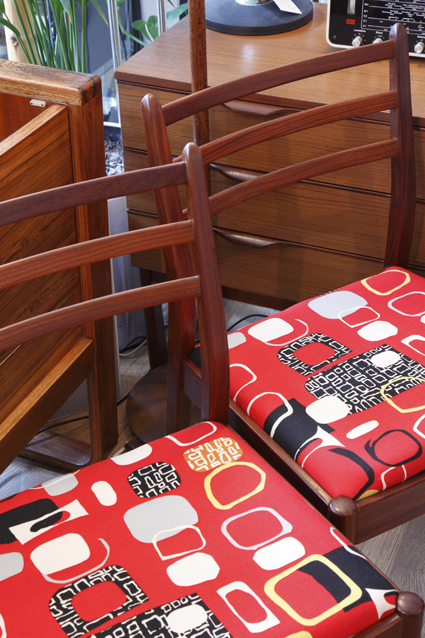 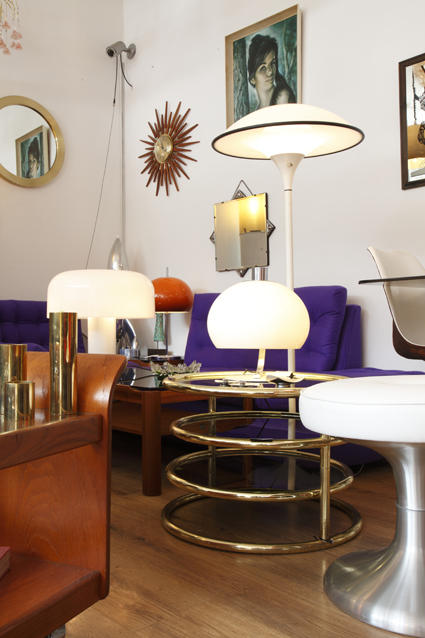 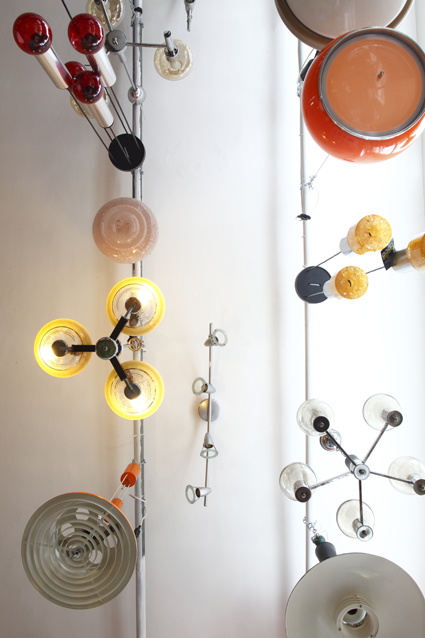 Perhaps the strangest item I spotted was this multi purpose occasional table/planter/trellis/light fitting. Now who came up with that? 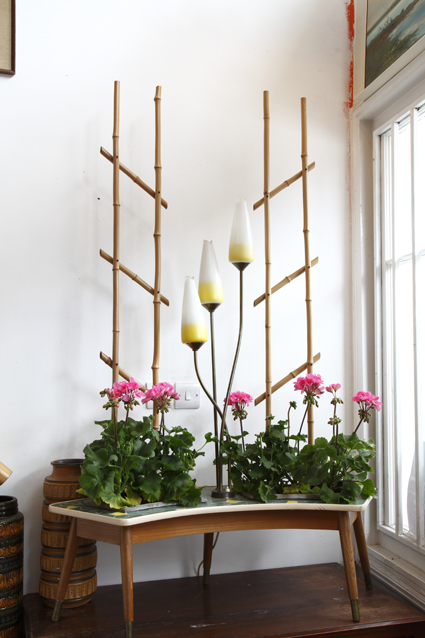 So popular has mid-century furniture become locally, that we might soon refer to the area as The Retroangle!
Belle Coco
40 Church Road
02000 111715
Posted by James Balston at 17:54 3 comments: