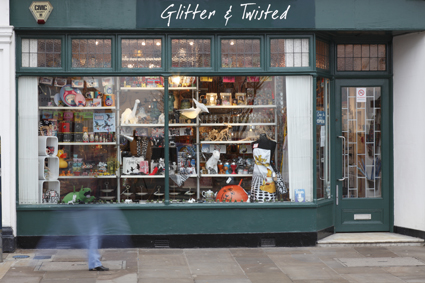 Not only does the name of this store jump out and embed itself in your memory, but the floor to ceiling display of colourful products arranged in the window is sure to stop you in your tracks. My eye is always caught by the grinning space hopper, which immediately transports me back to my 70s childhood.

Owners, Mandy and Stacey know all about the importance of visual merchandising, having met while studying the subject at the College of Distributive Trades during the 80s. Back then,Mandy gained valuable insights during a period of work experience at Liberty’s before embarking on a career which has included stints working in the hotel design sector, to window dressing for Habitat, and later, room-set design for Ikea, just down the road in Croydon. Meanwhile Stacey pursued a career in textiles, working for both Heals and Sandersons. So it was only natural that they should decide to pool their experience and passions and open a shop together.
Vintage, has of late become a retail buzzword, and the Triangle itself, has become a Mecca for all things retro, but Glitter & Twisted was ahead of the curve 6 years ago when it opened on Westow Street. At the core of the business are the eclectic ranges of mid-century homewares, including classic German ceramics from the 70s and vintage cocktail glasses. One of the biggest successes, has been the cake stands. Made up from assorted vintage plates,  they are carefully sourced for size and pattern, before being  assembled in 2, 3 or even 4 tiers. With the vogue for cupcakes in full swing, they are flying off the shelves. Not only nostalgic, but a great example of recycling. In addition, the shop also stocks ranges of traditional toys, gifts and cards. The shop has a delightful, almost village fete atmosphere complete with Union Jack emblazoned tea towels hanging from the ceiling like bunting. With a royal wedding just around the corner, this might be just the place to come if you're planning a street party. 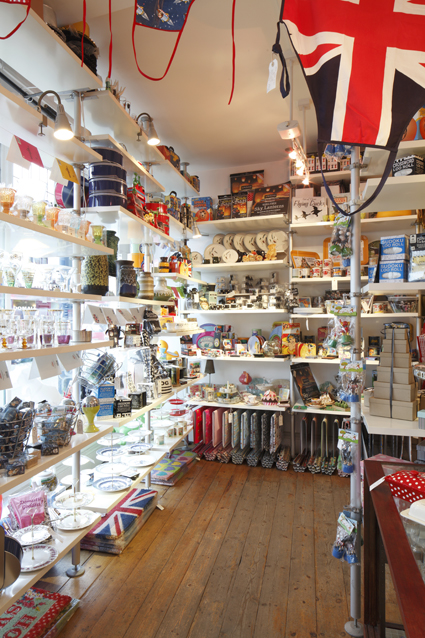 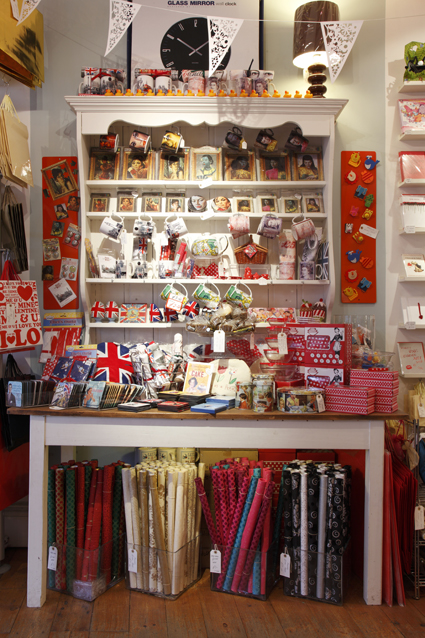 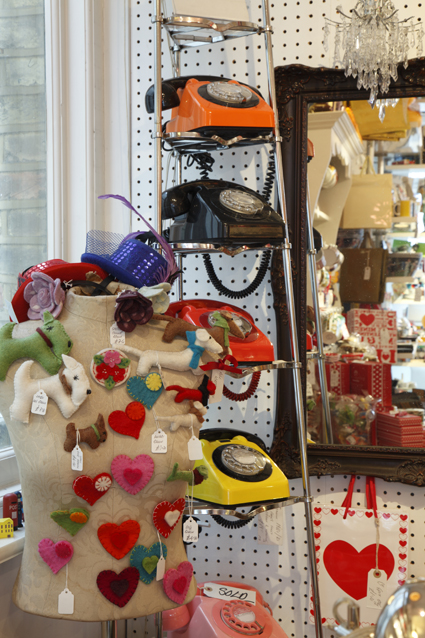 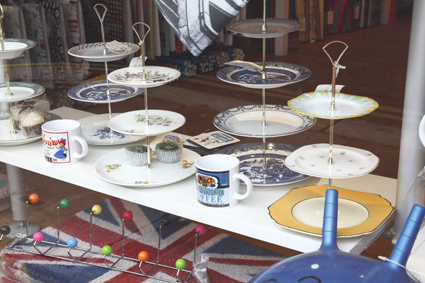 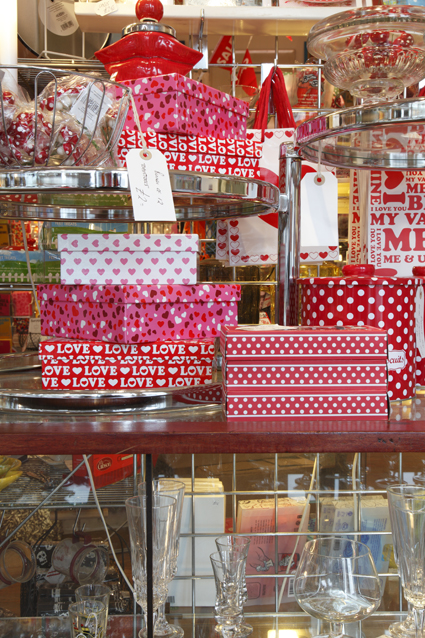 While many might be tempted to expand such a successful business into a string of shops across the capital, the owners are aware that part of what makes the shop work so well, is its individual nature, and that they are at the heart of things on a day to day basis. They have worked hard to offer genuine service in the Triangle, where they know their customers well, and that’s the way Mandy and Stacey would like to keep it. 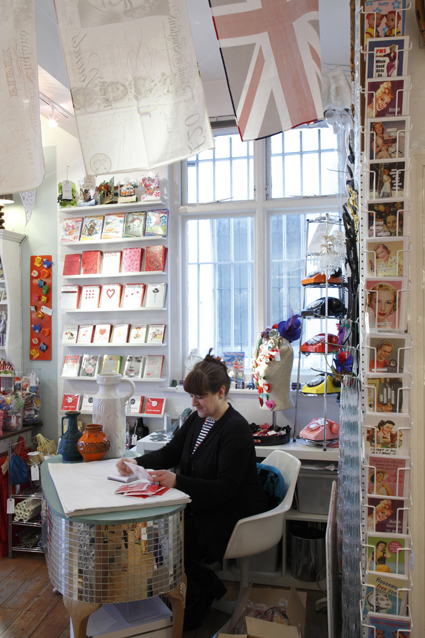